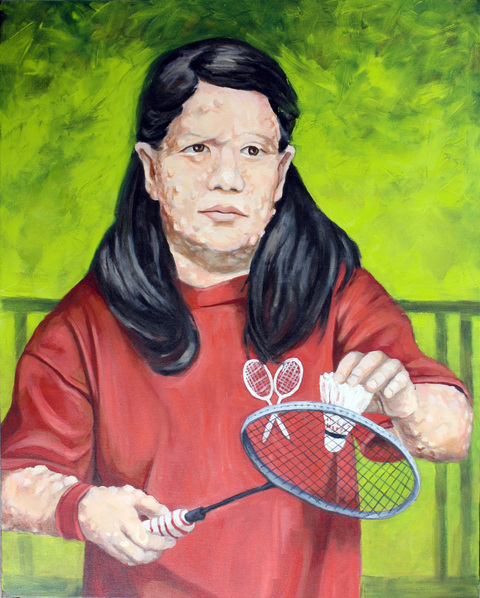 Cecile Hernandez Pesayco from the Philippines was was born with a lot of cafe au lait spots on her skin. As a child, she was very active and loved playing and running around. Sometimes she experienced severe headaches that made her stop what she loved to do. When Cecile was 13 years old she noticed lumps starting to grow on her skin. As she got older, the lumps started to grow in large numbers. She doesn't have NF only on her skin but under her skin as well. The tumors under her skin got bigger and started pressing some nerves which makes living with NF painful. Doctors said the tumors have to be removed. She has already had 8 operations to removed those specific tumors. Some of them turned out to be malignant and needed some radiation. None of that stopped Cecile from living a normal life and from doing the things that she wants to do.

As Cecile looked for answers to what Neurofibromatosis(NF) really was, she found not just an answer, but a friend, Kcat Yarza. She also has NF and together they formed the group NF Friends Philippines which has over 100 members including parents of children with NF. They try to support each other by focusing on the blessings that they receive each day and hope to raise awareness about the disorder. Despite the nerve damage NF has caused, Cecile loves playing badminton and she plays it almost everyday!
NF1 Memorials
Loading...