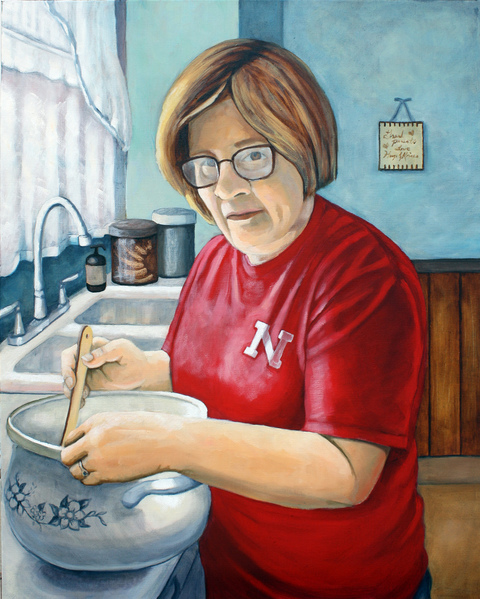 Cindy Lindsey McGee was born Feb.18,1967 in Sidney NE. School and home life were a constant struggle due to the fact that she was suffering from unknown petit mal seizures. Junior high and high school were difficult with a lot of struggles. During this time her parents took her to several specialists each time being told several different things ranging from that there was absolutely nothing wrong except that she was a little slow and a daydreamer who would eventually catch up. Never once did the specialists do anything beyond giving a complete physical and running motor skills tests.

She graduated high school and worked as a dishwasher in a small local café where she fell for her first husband and gave birth to her first child, still not knowing that she had NF. She and her husband divorced after eighteen months.Cindy went on to college and met the love of her life, Gus McGee, and married. This union brought to them the birth of their son. After graduating college with honors which was a pleasant surprise she took a year to be home and to take care of their son. Later she went to work at Cabela's and stayed working there for 27 years.

While at her husband's doctor appointment the doctor looked at the tumors in her hand and took her case history. This led to a lot of testing and her first surgery for NF. It finally answered a lot of questions as to why she had all these birth marks and deep tissue tumors. At this time she was 30 years old. After the shock wore off she had her children tested: her daughter was positive for NF and her son was not.

Several years later her grandson was born with many outward NF signs and she fought for his testing. While it took arguing with the pediatrician, they were finally sent for genetic testing and he was diagnosed with NF at 2 years of age. Cindy went on believing that she was a genetic mutation and the first in her family to have NF until her maternal grandmothers death in 2017 where she met a third cousin who also had NF and that rocked their worlds.
Paintings
Loading...